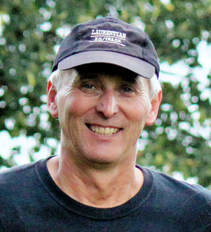 Coach Dick Moss, has an extensive competitive and coaching background. As a runner with powerhouse University of Wisconsin in the mid-70's, he was a three-time Big-Ten Champion in the middle distance events and All-American/NCAA Champion in the distance-medley relay. He was also a member of the Canadian National team, an Olympic Trials gold medalist and national indoor champion in the 800m.

A Level-Three coach in both Distances and the Hurdles, he has been a coach with Sudbury's Track North Athletic Club for over 40 years. A former Ontario Track & Field Assocation Coach of the Year, his athletes have won over 30 medals in OFSAA XC and track competition, medaled at national Junior and Senior Championships and qualified for a number of Canadian national teams. He is also the head coach of the Laurentian University XC/Track teams and is the owner of Physical Education Update.com, an instructional website for PE Teachers and scholastic coaches. 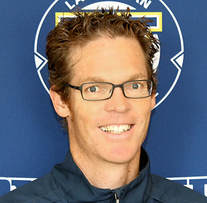 Coach Darren Jermyn contributes a unique set of skills and extensive experience to his position. A former bronze medalist in the OUA 1500m, a top-20 finisher at the CIS X-C Championships and a qualifier for both the CIS and Canadian Nationals in middle distance events, he has competed successfully for both the University of Western Ontario and Laurentian during his collegiate career.

Coaching full-time with Track North since 2000, his athletes have won numerous Athletics Ontario, OFSAA, National Youth and National Junior Championship medals and qualified for both World Junior and Junior Pan-American Games Championships. Darren was the winner of the Sudbury Kinsmen's Coach of the Year Award in 2011.

A physiotherapist with a background in orthopaedics and sports injuries, Darren is a Director with Health Sciences North, the associate head coach with the Laurentian XC/Track teams and is also a lecturer at the Northern Ontario School of Medicine. He also runs his own gait analysis/running injuries clinic, Sudbury Running Physio -  http://bit.ly/2wnUAbit.ly

Jim Taylor is in his 32nd year as a coach, and, began his journey with Track North in 2003. Known as the "Jumps Doctor" by his coaching peers, Jim's athletes have produced 13 National Championship Medals, 53 OFSAA medals, and 70+ Athletics Ontario Championship medals.

In the triple jump alone, Jim has coached 2 of the most decorated triple jumpers in OFSAA history,Caroline Ehrhardt 6 medals, and his own son, Ryan Taylor 4 medals.

Jim's athletes have gone on to represent Canada on the International stage, as well as garner scholarships in the NCAA and USports.

From 2015-2019, Jim was coaching professionally, and, was mentoring under world reknown Italian coach, Rene Felton-Besozzi. In 2019, Jim returned to Sudbury, and rejoined the team at Track North.

Jim also is an assistant coach with the Laurentian University Indoor Track and Field Team.

Joe Burke is a former varsity runner at the University of Western Ontario and with Track North Athletic Club. He is a certified Athletics Ontario Club Coach (Level 2) for Sprints and Hurdle disciplines and he works primarily with our sprint and middle distance groups.

As an athlete, Burke competed primarily in the 400m, 800m and 1500m, finishing in the top 10 provincially in the 800m at the youth Athletics Ontario championships and winning a silver medal with his teammates on Track North’s 4 by 800m team in 2009. Burke was also 3rd runner on Track North’s 9th place finishing Junior Men’s Cross Country squad at the Athletics Canada Junior National Cross Country Championships in 2009 and is a 4 time gold medalist at the NOSSA regional championships in the 400m (2007) and 800m from 2008 to 2010.

Joe holds a masters degree in Indigenous Relations (2020), and a B.A. in Political Science (2014) and is an administrator in the post-secondary education sector. He brings with him great enthusiasm for athletic development and the professional skills developed by student-athletes continually working toward career-oriented disciplines. 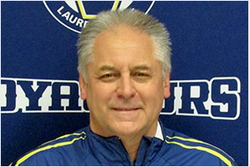 Tom Black brings his extensive experience and knowledge of the jumps and sprint events to every practice and competition.

A former member of the Scottish national team in the jumps and a 5-time national champion covering all age groups, Tom also competes as a masters athlete in both the long and triple jump.

He has also assisted national-level martial arts athletes to implement strength and flexibility programs and coaches with the Laurentian University varsity sprinters in addition to Track North's jumps group.

Rickey Goudreau is a registered osteopath and massage therapist with special expertise in sports therapy.

A former sprinter/coach with Track North Athletic Club and owner of Freedom Valley Massage Therapy, he works as both therapist and coach with many Track North athletes.

Rickey has worked on athletes ranging from a recreational level all the way up to Olympians and is a key factor in the success of our athletes.